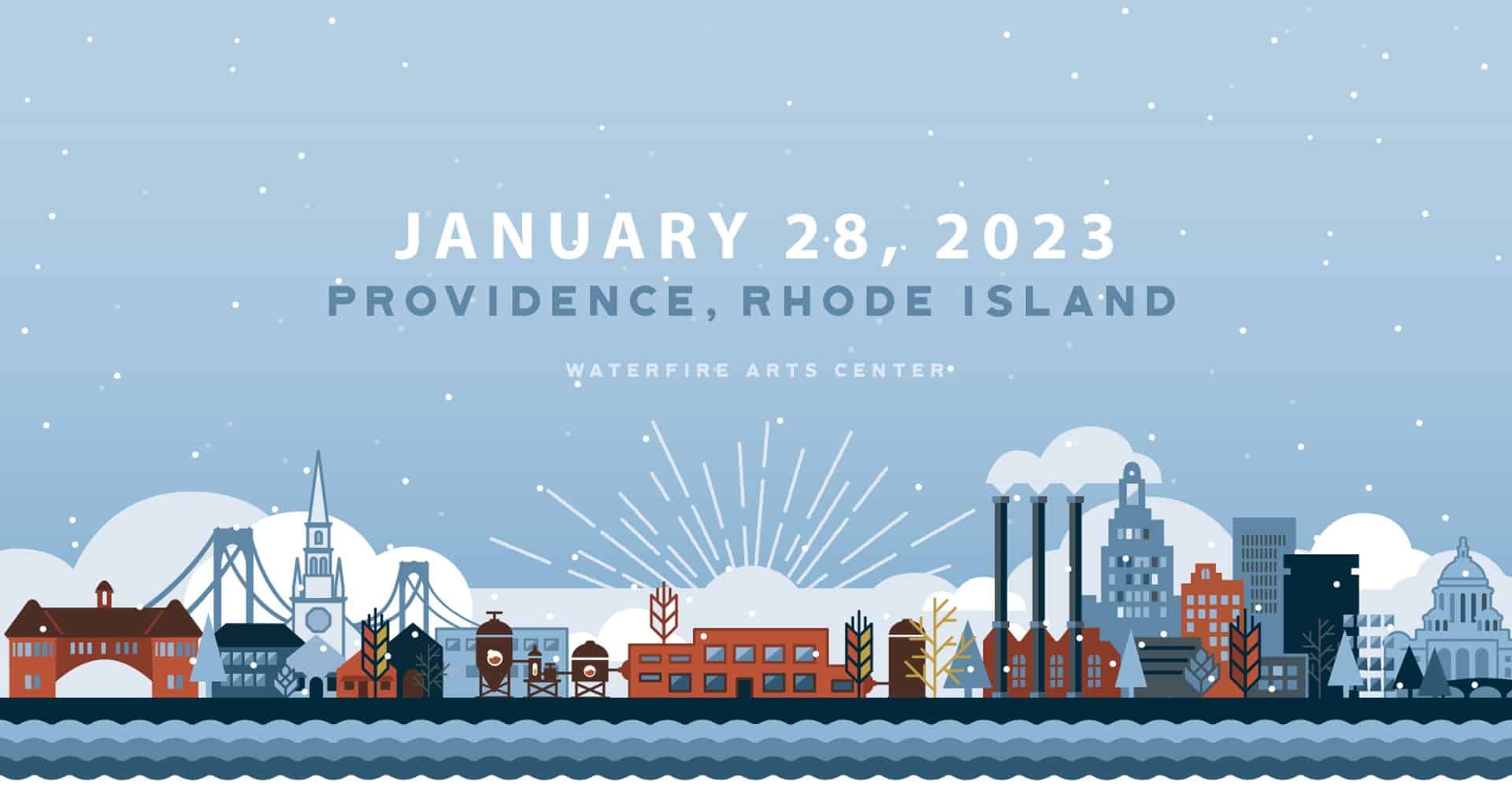 To be held at the WaterFire Arts Center in Providence in January for the tenth annual celebration of American craft breweries, featuring the best brews the Ocean State and the northeast have to offer.
Be there on January 28th as they host 55+ breweries with more than 175 beers to sample from. The event will have two, three-hour sampling sessions from 1:00 – 4:00 p.m and 5:30 – 8:30 p.m. Each session will feature live music, local vendors, and a food court.
They’re thrilled to be supporting the WaterFire Providence, a champion of the independent Rhode Island arts scene since 1994. Their mission aligns with their efforts to support their state through the Rhode Island Brewers Guild and local Rhode Island vendors.
They proudly support the attending brewers by purchasing all of their product at the festival. Unlike many beer festivals, there are no booth fees for brewers, they actually pay them to participate on top of donating a portion of every ticket sold to the Rhode Island Brewers Guild.
The Rhode Island Brew Fest is a 21+ event. No one under the legal age will be admitted, including minors, children, infants, and babies. No pets allowed.