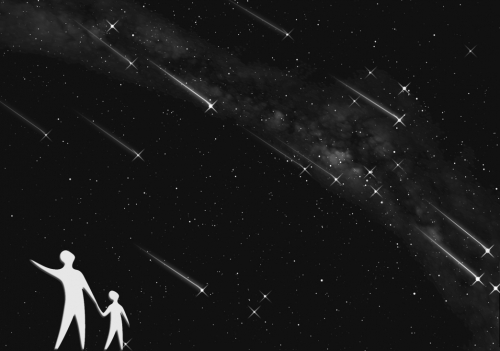 Perseid Meteor Shower 2022 – The early morning of August 12th and 13th, 2022 will bring the Perseid Meteor Shower peak to the skies over Frosty Drew Observatory, blazing the starscape with up to 100+ meteors per hour. The Perseids are considered by many to be the best meteor shower of the year, but in 2022 we are setup for a rather small display due to the Full Moon being present all night long. Bright Moon light obscures our view of meteor activity when the Moon is above the horizon, with the Full Moon being worse case scenario. The Full Moon will outshine all but the brightest Perseid meteors. Perseids will start appearing more frequently after 10:00 pm, with the shower really taking off shortly after midnight. The peak occurs in the early morning hours of August 12th and 13th just before dawn.